This post was originally published by at Hacker Noon

The International Conference on Learning Representations (ICLR) took place last week, and I had a pleasure to participate in it. ICLR is an event dedicated to research on all aspects of representation learning, commonly known as deep learning.

Due to the coronavirus pandemic, the conference couldn’t take place in Addis Ababa, as planned, and went virtual instead. It didn’t change the great atmosphere of the event, quite the opposite – it was engaging and interactive, and attracted an even bigger audience than last year.

If you’re interested in what organizers think about the unusual online arrangement of the conference, you can read about it here.

As an attendee, I was inspired by the presentations from over 1300 speakers and decided to create a series of blog posts summarizing the best papers in four main areas.

Here are 7 best generative models papers from the ICLR: 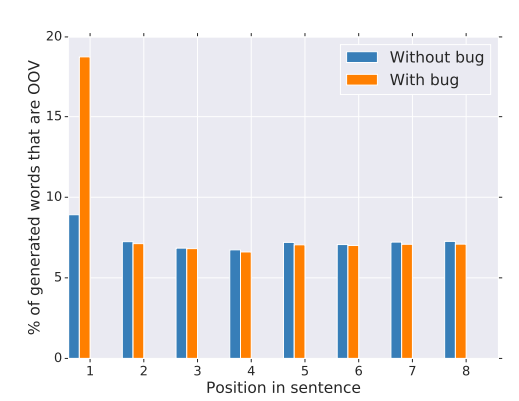 Percentage of samples generated from the word-LM that are OOV by position in the sentence, with and without bug. 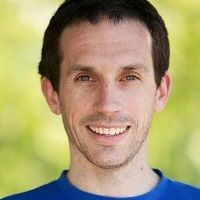 3. Skip Connections Matter: On the Transferability of Adversarial Examples Generated with ResNets

We identify the security weakness of skip connections in ResNet-like neural networks.

Left: Illustration of the last 3 skip connections (green lines) and residual modules (black boxes) of a ImageNet-trained ResNet-18. Right: The success rate (in the form of “white-box/blackbox”) of adversarial attacks crafted using gradients flowing through either a skip connection (going upwards) or a residual module (going leftwards) at each junction point (circle). Three example backpropagation paths are highlighted in different colors, with the green path skipping over the last two residual modules having the best attack success rate while the red path through all 3 residual modules having the worst attack success rate. The attacks are crafted by BIM on 5000 ImageNet validation images under maximum L∞ perturbation  = 16 (pixel values are in [0, 255]). The black-box success rate is tested against a VGG19 target model.

1D illustration. Fit a 1D function (green dotted curve) using a k-WTA model provided with a set of points (red). The resulting model is piecewise continuous (blue curve), and the discontinuities can be dense.

5. Real or Not Real, that is the Question

We propose a novel combination of adversarial training and provable defenses which produces a model with state-of-the-art accuracy and certified robustness on CIFAR-10.

An iteration of convex layerwise adversarial training. Latent adversarial example x’1 is found in the convex region C1(x) and propagated through the rest of the layers in a forward pass, shown with the blue line. During backward pass, gradients are propagated through the same layers, shown with the red line. Note that the first convolutional layer does not receive any gradients. 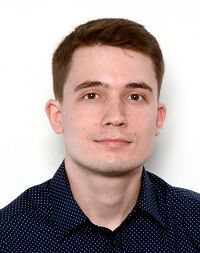 In the GANs community, the defense against generative attack is a topic of growing importance. Here, authors formulate a problem formally and examine it in terms of sample complexity and time budget available to the attacker. Problem touches the falsification/modification of the data for malicious purposes.

Depth and breadth of the ICLR publications is quite inspiring. This post focuses on the “generative models” topic, which is only one of the areas discussed during the conference. As you can read in this analysis, the ICLR covered these main issues:

Feel free to share with us other interesting papers on generative models. We would be happy to extend our list!

This article was originally written by Kamil Kaczmarek and posted on the Neptune blog. You can find more in-depth articles for machine learning practitioners there.

This post was originally published by at Hacker Noon