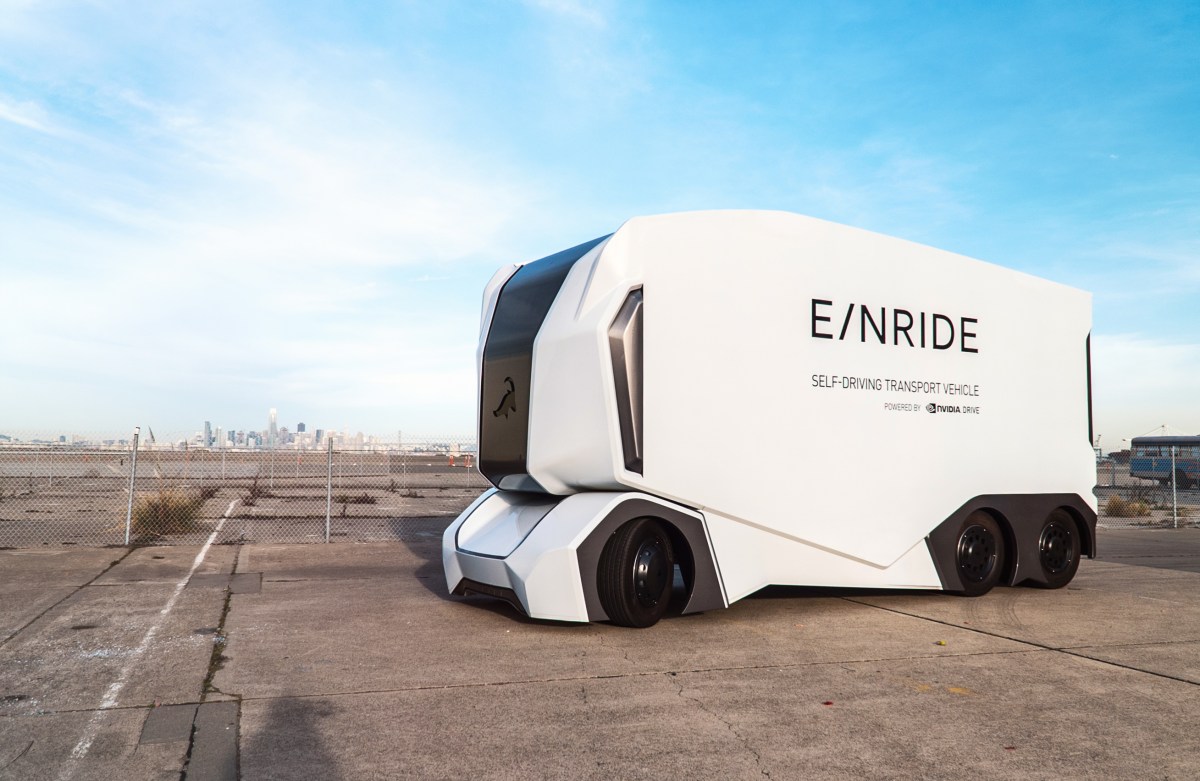 Sweden’s Einride had been on a roll before COVID-19 threw up a potential roadblock to the development of its electric and autonomous trucking platform. With its customers and partners being impacted in very different ways, the company is taking steps to ensure it can keep pushing ahead amid the uncertainty of the global pandemic.

To that end, Einride today announced that it had raised an additional $10 million in venture capital funding. It’s not exactly a monster round of funding, but the company believes it will be enough to get it through to next year when, hopefully, the health crisis has receded and it can seek out a bigger round.

The funding is just the latest example of how startups are adapting their product and financial strategies as the coronavirus continues its unpredictable ebb and flow around the planet.

“We are in the midst of scaling the company,” said Robert Falck, CEO and founder of Einride. “And it was really a token of hope that we have investors that believe in us. And we want to have this tactical round to both address the coronavirus so we can keep growing in these tough times that the world is going through and postpone when we needed to raise the next round.”

The funding for the latest round came from existing investors, including Norrsken VC, EQT Ventures, Nordic Ninja VC, Ericsson Ventures. It comes just one year after the company raised a $25 million round, bringing Einride’s total venture capital raised to $42 million.

Founded in 2016, Einride has developed an Autonomous Electric Transport system that includes both the platform for managing fleets and its self-driving pods which are trucks without cabs. That design makes them lighter and more efficient, allowing them to go farther on their electric charges. In addition, this summer the company launched its “intelligent” freight mobility platform to enable shippers and drivers to improve routing efficiency while lowering energy use.

The company’s model includes both introducing its self-driving vehicles into their customers’ fleets while also selling its pods directly to companies for their own use. Its customers include grocery store chain Lidl, logistics giant DB Schenker, and Swedish food producer Oatly.

In the case of Oatly, the Einride pods are live making daily runs between the company’s factory and distribution center. “We are replacing diesel trucks with electric trucks and we can do so with a great business case thanks to our platform,” Falck said.

Einride is part of a fast-moving sector that has attracted a lot of attention from venture capitalists. Given the high costs for fuel, challenges recruiting and retaining drivers for trucking, and thin margins, the sector seems ripe for disruptive solutions like autonomous or electric vehicles.

Companies such as Starsky Robotics, Thor Trucks, Ike, Pronto.ai, Aurora, and TuSimple are building self-driving trucks. Automotive giants such as Daimler and Volvo have also developed their own self-driving shipping vehicles. And until this year, there seemed to be plenty of investment money to go around.

But as with almost all industries, the coronavirus has upended Einride’s plans. Falck said he’s seen a wide range of reactions by current and potential customers, from large companies that are strapped for cash and having to delay plans to transform their fleets, to smaller delivery companies that are eager to move ahead as ecommerce surges during the pandemic. He noted that the crisis has increased a desire for contactless technologies in some sectors, including shipping.

At a presentation last year at the Slush conference in Helsinki, Falck called autonomous trucking one of the biggest business opportunities in history. And he still believes that to be the case. Falck said Einride’s goal is to reach $10 million in recurring revenue next year. To fuel that growth, the company is teasing a big announcement on October 8, though Falck remained coy about the details.

“We are ready to take the next step,” Falck said.

He said as the autonomous technology as matured, the focus is increasingly on developing the business cases and the infrastructure that’s needed to make self-driving trucks the standard.

“I think that people are very confident that this will happen,” he said. “It’s just a matter of when. I think the biggest holdup right now is actually business development and the new ecosystem that needs to be created around autonomous transportation.”