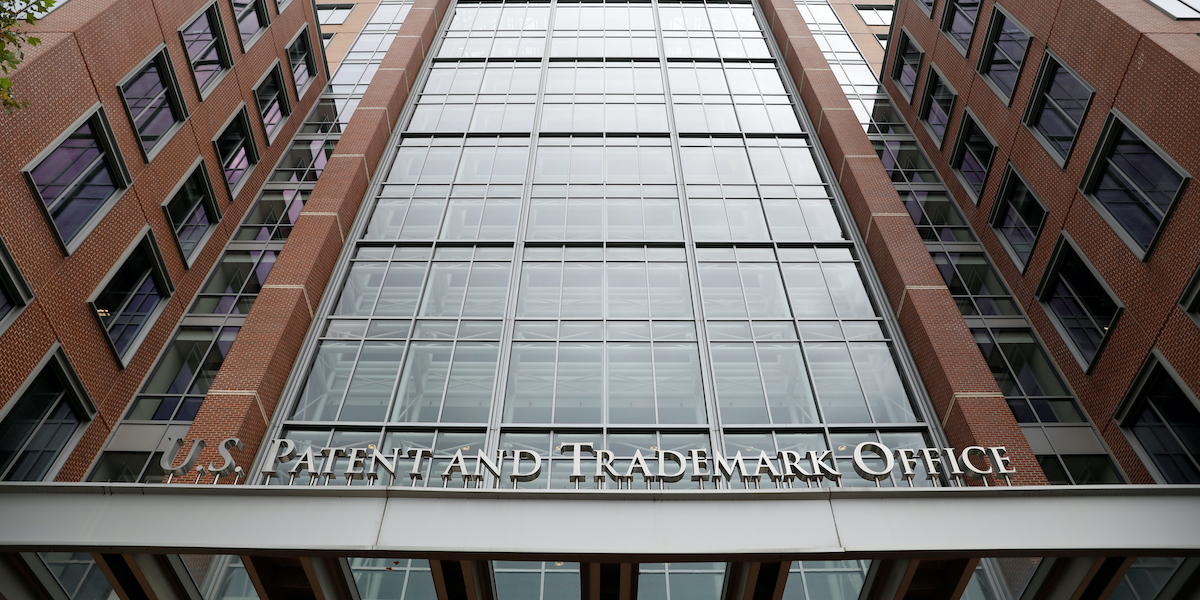 Technology keeps creating challenges for intellectual property law. The infamous case of the “monkey selfie” challenged the notion of not just who owns a piece of intellectual property, but what constitutes a “who” in the first place. Last decade’s semi-sentient monkey is giving way to a new “who”: artificial intelligence. The rapid rise of AI has forced the legal field to ask difficult questions about whether an AI can hold a patent at all, how existing IP and patent laws can address the unique challenges that AI presents, and what challenges remain.

The answers to these questions are not trivial; stakeholders have poured billions upon billions of dollars into researching and developing AI technologies and AI-powered products and services across academia, government, and industry. Patent ownership stands as a proxy for who holds the money and the power in AI.

For example, there are huge ramifications depending on whether an employee who worked on a project is the patent holder, or if it’s the company that employs that worker, or if it’s the AI itself. It’s also difficult to balance the transparency and auditability of an AI for the purpose of gaining a patent with the danger of exposing trade secrets.

These novel challenges come at a time when applications for AI-related patents continue to soar. According to a new report from the U.S. Patent and Trademark Office (USPTO) called “Inventing AI: Tracing the diffusion of artificial intelligence with U.S. patents,” annual AI patent applications increased 100%, from 30,000 to 60,000, from 2002-2018. Over the same time period, the percentage of applications that contained AI in some way grew from 9% to almost 16%. The report does not share data from the past two years, but given the blisteringly hot AI summer we’re currently in, it’s likely that those numbers have only increased.

How current laws succeed (or not) at handling AI patents

The USPTO is aggressively working to gain clarity and consensus around how it should handle AI. In 2019, the agency set up two requests for comments (RFCs): One was about AI and patent law, and the other addressed the impact of AI on intellectual property (IP) policy. The two aforementioned RFCs had nearly 100 respondents each from a variety of fields, including law, trade groups, academia, and more. In a recent report, the agency summarized the responses it received.

Largely, the respondents agreed enough that some general consensus emerged on several items:

When it comes to current intellectual property (IP) laws, most respondents agreed that they’re “correctly calibrated” to deal with evolution of AI, and that existing gaps can be filled by existing commercial law principles like contract law. They further mostly agreed that although existing fair use law doesn’t need to change, using copyrighted material to train AI may be problematic.

They also urged the USPTO to more deeply examine how AI may create an overwhelming amount of prior art (meaning the body of knowledge that exists at the time of an application filing), and how to mitigate the difficulty of discovering prior art in light of that increased volume.

The agency has made strides in solving the volume issue, and it started by creating internal working definitions for AI to guide its processes.

In its “Inventing AI” report, the USPTO brought up, then rejected as insufficient, the definition of AI that the U.S. National Institute of Standards and Technology (NIST) uses. According to the USPTO report, NIST defines AI as “software and/or hardware that can learn to solve complex problems, make predictions or undertake tasks that require human-like sensing (such as vision, speech, and touch), perception, cognition, planning, learning, communication, or physical action.”

Those eight component technologies are:

Those definitions exist not only for the purpose of clarity, but as a foundation for the USPTO to develop and deploy machine learning to improve its processes.

“We are working on adding AI tools to help route applications to examiners more quickly and to help examiners search for prior art,” Andrei Iancu, U.S. Under Secretary of Commerce for intellectual property, wrote in an emailed response to VentureBeat. “We’ve also been active on the Trademarks side, exploring the use of AI to help find prior similar images and to identify what we call fraudulent specimens. We are exploring using AI to improve the accuracy and integrity of the trademark register.”

The agency is using AI to more efficiently process patent applications — a process that involves “patent landscaping.” Usually, patent landscaping is a manual and time-consuming task that involves humans punching in keywords to find relevant patents and prior art in a database. Simply put, the agency automated this process by modifying a machine learning technique that Google employees Aaron Abood and Dave Feltenberger detailed in their 2018 paper called (appropriately enough) “Automated patent landscaping.”

The USPTO authors added a manual validation step to that approach. They trained an ML model for each of the eight AI categories that the USPTO created, and then trained them on the text from patent application abstracts and claims. Then they validated those results with the manual review process.

Separately, the USPTO’s staff is using bots to reduce toil. According to a report from the Federal News Network, this summer the acting director of USPTO’s Office of Organizational Policy and Governance, Rajeev Dolas, said that agency staff had begun experimenting with using bots to aid them in their work — but they were running on individuals’ laptops, with little governance.

That’s now changed: A USPTO spokesperson told VentureBeat that the agency is now using a “leading RPA provider” to centralize its bot efforts and ensure a proper process and governance model that includes use cases, development, testing, and security before bots are deployed. “We are in the nascent stages of bot adoption – learning from our pilot bot mistakes and scaling on success with the goal to reduce manual tasks and save staff time in lost productivity due to mundane [and/or] monotonous keystrokes,” the spokesperson said.

Iancu said that the USPTO is hiring AI and machine learning experts to double down on its efforts to streamline data generation and analysis, and to generally provide better information about its operations to a curious public. “By providing users with greater insight into the patent and trademark processes, we hope to increase the number of people involved in innovation and the protection of their intellectual property. In the end, that is what the IP system is all about,” he said.

Despite the apparent overall agreement among RFC respondents and the USPTO’s confidence in its definition and use of AI, significant issues linger. And of course, given how quickly technology changes, no one can assume anything is completely settled for long.

“It is correct that the majority of commenters stated that no changes should be necessary to the current U.S. law,” Iancu said. “However, there also appears to be agreement that AI poses certain unique and interesting policy questions that we should all be watching closely.” One of those is (still) whether or not an inventor can only be a “natural person.”

Iancu allows that although some believe AI can innovate on its own, at least to an extent, he’s firm on the idea that the machines require humans. “Only humans can commercialize those innovations,” he said. “Additionally, the IP system incentivizes innovation in a way that matters greatly to humans, but does not, at least yet, appear to matter to machines.”

Dennis Crouch, an associate professor of law at the University of Missouri, sees this debate around patent-holding personhood “as part of the larger shift toward corporate control over the fruits of employee labor.”

He said that although ownership rights around employment and contract laws have favored the employer, state and federal laws limit them. “At the minimum, they are barred by the 13th Amendment’s prohibition on slavery. [But] if we can point to an AI or ‘corporate’ inventor, those human-rights issues no longer carry weight, and the corporate owner is free to fully control,” Crouch said. He further noted, “For the past 200 years we have always focused on the inventor as the patentee, but that has now changed.”

There’s a tricky issue at the intersection of transparency and patent law. In an emailed response to VentureBeat, Tessa Schwartz, a managing partner at the law firm of Morrison and Foerster, pointed to the “tension between the desire to maintain confidentiality and ownership of data and algorithms and the necessity of making available data inputs and outputs and AI developments to third parties.”

“If not properly handled, access can result in a loss of trade secret protection and control over data and AI. That’s because a trade secret needs to be a secret, i.e., you have to use reasonable efforts to keep the information secret and not ‘readily ascertainable,’” Schwartz said.

She said that regulators and law professionals may need to find new ways to address those issues. “For example, we may need to develop standard terms or see common market terms for making data sets available — including through open source models. Those terms will of course have to take into consideration privacy and other regulatory issues,” Schwartz continued. “Also, we may see reliance on respected, neutral third parties under confidentiality obligations to ‘audit’ data and algorithms using standard protocols.”

Andrew Burt, managing partner at the AI-focused law firm Bnh.ai, raised a more ground-level problem in response to questions from VentureBeat. “On AI transparency, this is becoming a major issue we see with our clients, largely because of the number of third parties that are involved in the AI lifecycle — from training data to model development, deployment infrastructure and more,” he said. “In practice, every party involved tends to insert its own IP claims and inject new sources of risks into the process of deploying AI. So the aims of transparency and accountability often conflict with IP claims in real-world deployment.”

While allowing that vigilant regulators are keeping a watchful eye on where AI pushes the boundaries of law and regulation, and that present guidelines are able to handle most of the curveballs AI throws their way, Burt is concerned about the process of solving those novel challenges when they do inevitably arrive. “Just like other areas in the realm of IP and beyond, there’s no clear consensus on how to address these challenges, which creates uncertainties that make AI liabilities hard to address for companies in practice,” he said.

According to Iancu, the USPTO is working on that, though. “We will use the RFCs and our recently issued AI report for continued exploration of other measures the agency may take to bolster the understanding and reliability of IP rights for emerging technologies such as AI,” he said. “These steps may include further engagement with the public, additional guidance for stakeholders, continued training for examiners on emerging technologies, and consultations with foreign IP offices.”