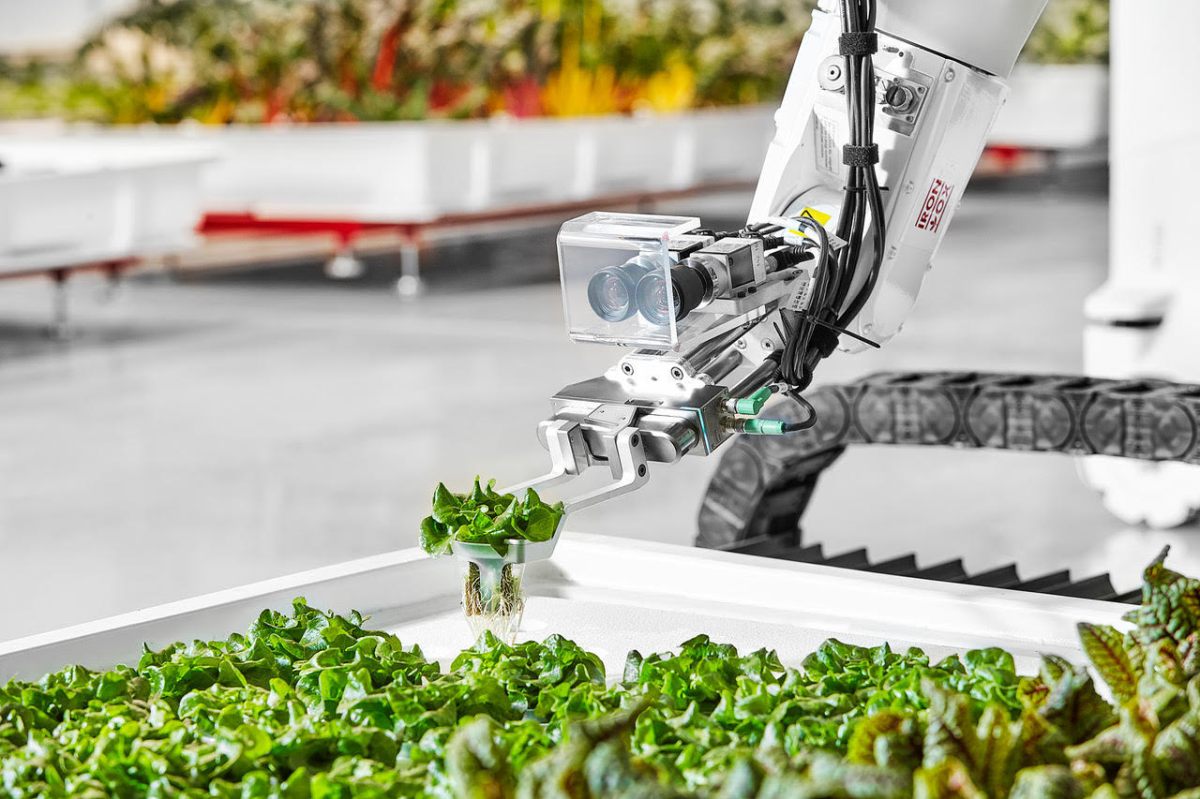 Robotics farming company Iron Ox today announced the close of a $20 million funding round. The funding will be used to open additional robotic growing facilities in California and other parts of the U.S., according to company cofounder and CEO Brandon Alexander. The funding will also be used to hire additional machine learning and robotics experts as well as growers and scientists who work with plants.

“We’re now competing on price with field farms, but we think we can do even better and take this to more people,” he said.

Iron Ox employs a 1,000-pound mobile transport system roughly the size of a car to move trays of growing vegetables and tend to plants using a robotic grasper while computer vision systems monitor the plant growth cycle. The semi-autonomous system still relies on humans for a part of its seeding, pruning, and inspection process, Alexander said, but the goal is for Iron Ox to someday be fully autonomous.

While startups like Bowery practice indoor vertical farming in urban facilities near New York and Baltimore, Iron Ox has turned its focus toward greenhouse farming since the company was founded in 2015 as a way to lower energy costs. Earlier this year, Iron Ox opened its first greenhouse, a 10,000-square foot facility in Gilroy, California, the company’s second location. Iron Ox currently provides produce to 15 Whole Foods stores in the San Francisco Bay Area.

Though Gilroy is known as the garlic capital of the world, Iron Ox does not currently grow any garlic. Instead, the company focuses on leafy green vegetables like lettuce and some herbs.

Alexander said Iron Ox’s biggest challenge is how to use data collected by sensors to train AI systems that produce higher yields at lower costs.

“I would say in agriculture as a whole it’s not just collecting data, it’s not just taking an image, but it’s actually how do you include that data into the decision making process?” Alexander said. “I would say that is the biggest challenge in ag is how do you respond to these each individual plants and the variety and all these little variables.”

The $20 million funding round was led by Pathbreak Ventures with participation from Crosslink Capital, Amplify Partners, Eniac Ventures, R7 Partners, Tuesday Ventures, and At One Ventures. Iron Ox is based in San Carlos, California. The company currently has 30 employees and has raised $45 million to date.

Field farming today is still the most efficient way to grow produce. However, concern about shrinking field yields and instability due to climate change has spurred interest in indoor farming. In 2018, international teams from companies like Microsoft and Tencent competed against each other to find out who could grow the highest yield of cucumbers inside a greenhouse using AI and automation. (Spoiler: The Microsoft team won.)

In other AI and agriculture news, last month the startup iFarm raised $4 million for its AI-driven urban farming solution, and in June the startup Burro began rolling out its autonomous farm robot in southern California to assist in grape harvesting.